Ella is due to release her Debut Album ‘Imperfections’ this September 2016.

She wanted to do something to thank all of her fans for their continued support and making an Album definitely does that.

Ella has been writing since age 11 and has at least three albums worth of material so she knew getting them recorded was the next step. Ella said ‘I couldn’t pick a favourite to release as a single so I wanted to make a full Album, especially for the fans I have all around the world that don’t get the chance to come see me perform live.

I’m really excited to share my 10 original tracks with everyone and I hope everyone loves it as much as I’ve loved writing and recording the Album ’Imperfections’.

The Album has been recorded at Astar Studios with Mercury Prize nominated producer Andy Ross. It features Ella on vocals and piano, Simon Moore on Drums, Simon Goulding on Bass, Andy Ross on Guitar, Johnny Thomson on trumpet, Ben Watte on Saxophone, Rich McVeigh on Trombone and Mollie Shaw on Backing Vocals. 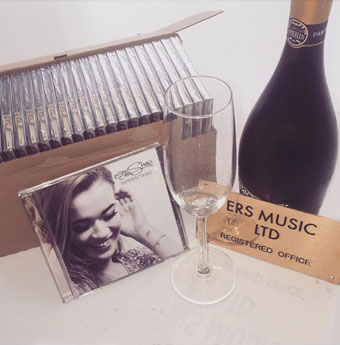