At only 16 years old Ella Shaw took to the stage with Manchester’s hit radio station Key103 opening their summer concert at the Manchester Arena.

She was successful in winning a huge competition by receiving the most votes after Key 103 played clips of her singing to their listeners for around a months time.

She opened the show for the likes of Mercury Music Prise and Brit Award Winner Dizzee Rascal, having collaborated with the likes of Pharrell Williams – Professor Green, Rudimental, Olly Murs and many more big names. The previous year One Direction performed at the concert, who are named the biggest boyband in the world. 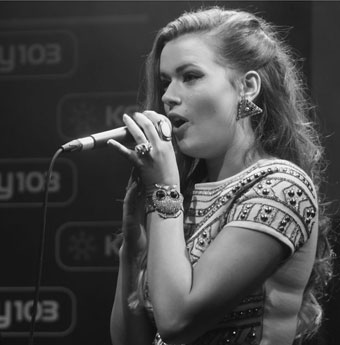